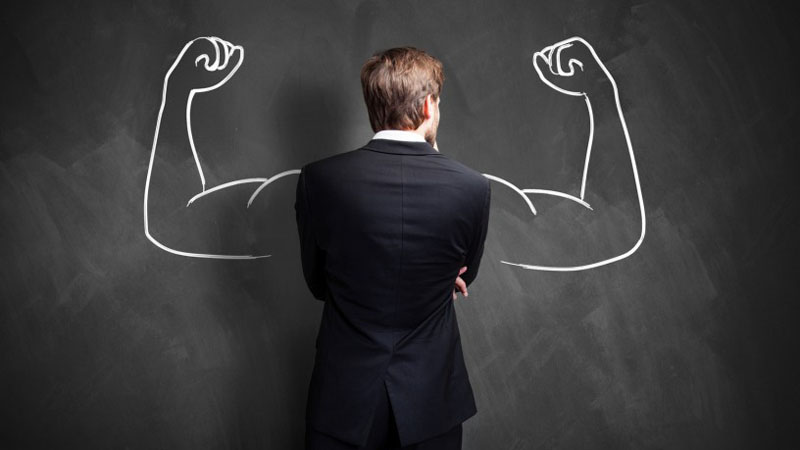 It is often said that one needs a certain amount of courage – му́жество (moozhestva) to face the long Russian winter. So, if you’re already in Russia or are planning to visit this winter, CREF would like to offer to recharge your optimism by giving you a bunch of helpful expressions on the themes of courage and tenacity.

There was once a time, in Russia, when children from the nobility were educated by private French tutors. One stubborn myth – сто́йкий миф (stoiki mif) holds that these private tutors had all arrived after the revolution of 1789 and that they weren’t actually qualified to teach – преподава́ть (prepadavaat). Even if it’s true that a portion of the French that offered their services in Russia were not up to the mark, there were many others who were very successful in the education of children from the highest echelons of Russian nobility, even that of future Tsars, like Alexander the First, for example.

Some of these high-level private tutors were inspired by the great thinkers of their time, like Rousseau, to provide the highest quality education that was possible at the time to the future leaders of Russia.

The young nobles knew what it meant to have courage. They had already witnessed it in action in the stories their governesses – ня́ня (niania) would tell them. The epics they were told were full of heroes that time and again showed their bravery – хра́брость (khrabrost) when defending their beloved – постоя́ть за люби́мой (pastayat’ za liyubimoy) or vanquishing their enemies – покоря́ть враго́в (pakaryat vragov), like the terrifyingly evil Kashshei The Immortal – Каще́й бессме́ртный (Kashshei besmertny). Other stories stressed the value of friendship дру́жба (droozhba) and helping one another – взаимопо́мощь (vzayeemapomoshsh): save an animal’s life and it will help you defeat your enemies at the required time.

The young nobles would often translate – переводи́ть (perevodit) historical texts as part of their private language lessons. This not only helped them to understand the many intricate aspects of different modes of governance, but also to acquaint themselves with the heroes of antiquity. They learned, for example, how Julius Caesar would proudly pinch the ears of his bravest soldiers – отва́жные (atvazhni). Note how this word resembles the word “important” – ва́жный (vazhni) in Russian. They also learned how Peter the Great, with a warrior’s determination – бойцо́вый дух (baeetsovski dookh), put Russia on the path to steady – уси́ленным те́мпом (ussilenim tempum) modernization at the beginning of the 18th century.

These young nobles undoubtedly considered themselves fearless – бесстра́шны (bestrashni) and determined – реши́тельны (réshitelni). They had no doubt read about the exploits of Marshal Alexander Suvorov, whose traversal of the Alps not only inspired a painting by the artist Surikov, but also led him to declare, “He who is brave is healthy. He who is daring is safe” – “Кто храбр – тот жив. Кто смел – тот цел » (kto khrabr, tot zheev. Kto smel, tot tsel). Indeed, the Marshal was certainly not one to flinch from danger – не из робкого десятка (ne iz robkava disiatka).

For many of these young men, History would not keep them waiting long to prove their mettle. Many would have to show their bravery – отва́га (atvaga) during the war of 1812, against Napoleon. While many recognized the enemy’s hardiness – сме́лость (smiélost’), among other qualities, there was no question of surrendering the motherland – Родина (Rodina). And as it turned out, although Napoleon did make it to Moscow, he subsequently had to retreat, with the Russians chasing him all the way to Paris.

Even today, there are many fans of the French Emperor. They dress up as the soldiers of yore to reenact the famous Battle of Moscow, which the Russians call the Battle of Borodino, every September. Each camp stubbornly – c упорством (s uporstvum) claims victory in the battle. The battle no doubt allowed Napoleon to enter Moscow, but it also resulted in the decimation of a large part of his army, thereby weakening his subsequent retreat. So the truth is probably a lot more nuanced. In any case, there is a saying in Russian that “nothing resists the brave” – отважному человеку все по плечу (atvazhnomoo chelaveyku vsyo po plechoo).

All of this may appear to belong to another time and it should be noted that the teaching methods employed back then to teach these concepts to students were a little harsher. Today, fortunately, CREF teachers employ methods that are not only gentler, but also more conducive to developing communication – общение (obshshenie), as well as the more practical requirements of today.

Does one need to be brave these days? It is not rare, in the professional domain or in one’s private life, when these qualities are sometimes called upon. It takes daring to work abroad, courage to learn a new language, and determination to integrate successfully into a new environment.

Napoleon said, it is claimed, that “courage, like love, is nourished by hope”. Here is a Russian proverb that will undoubtedly come in handy when times are difficult: “hope is the last to die” – наде́жда умира́ет после́дней (nadezhda umirayet pasledniey).